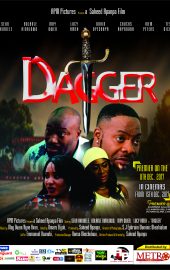 DAGGER is a story dealing with day to day life in the marriage of two couples. One thinking that the other has the best marriage in the world, unknowing to him that his idols marriage is worse than anything he could think of. Frances Benson has been married for just six months.