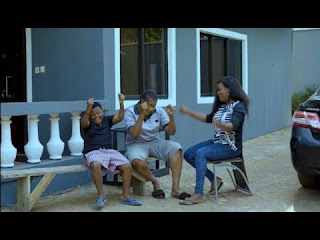 Hilarious TV drama series, Professor JohnBull, is back for its fifth season and we’ve got the first new episode right here on NMP TV, and on episode 1, titled Running to the City, two new characters are filling the vacuum created by the absence of Professor Johnbull’s son, Churchill, who is currently in the United States of America to further his education and the former housemaid, Caroline, who has travelled to attend to some family issues.


Professor Johnbull’s daughter, Elizabeth, who had undergone a successful medical treatment abroad, returns as she takes over the challenging mentoring of the two new rusty members of the family, Nje, a Cameroonian girl, who grew up in the professor’s country home, and Jeroboam, a.k.a Boam, who is reputed to have tendered the scholar’s father’s herd back in the village.