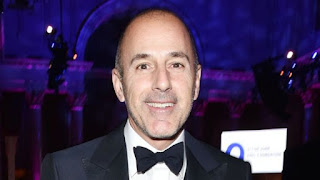 One of the most famous TV news anchors in the US Matt Lauer has reportedly been fired by NBC over an allegation of sexual misconduct. According to comments by NBC: "On Monday night, we received a detailed complaint from a colleague about inappropriate sexual behaviour in the workplace by Matt Lauer. As a result, we've decided to terminate his employment."


Lauer co-hosts The Today Show. NBC said it had "reason to believe this may not have been an isolated incident". And according to the NBC News chairman Andy Lack who admitted though it’s the first complaint about Lauer's behaviour in his time there, more than 20 years, it represented a "clear violation of our company's standards".