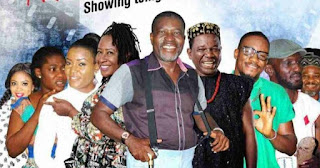 On episode 4, Professor Johnbull frowns at excesses of ‘uniformed men’. The tendency by people in uniform to intimidate drivers when asked to pay for a ride in commercial vehicles is now a common practice in society. Rather than pay like every other commuter, the men in uniform, including private security guards, show off their uniforms and ranks to the drivers and simply respond, “Staff” (in the South-West) and “Award” (in the Eastern parts).

The episode draws public attention to this malady with a call on security agencies and those in the paramilitary to educate their personnel on acceptable civil conduct while on board public transport as their uniform should not exempt them from paying bus fares.