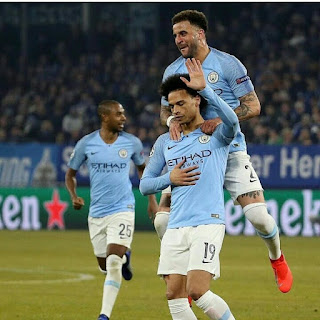 It was an emotional night for Manchester City forward, Leroy Sane as he returned to his former club, Schalke 04, Germany.


He refused to celebrate his equalizing goal for city when he made it 2-2 through his superb free kick, as he only raised his left hand, probably as a show of respect to a club who gave him the opportunity to be what he is today. 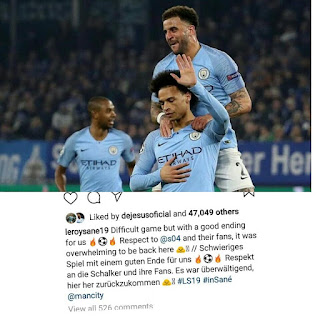