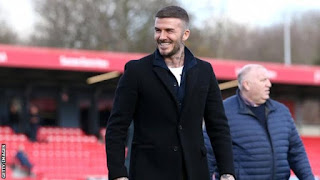 Fans of non-league Salford City were joined by former England, Manchester United and Real Madrid midfielder, David Beckham when he turned up to watch their home game against Dover Athletic. 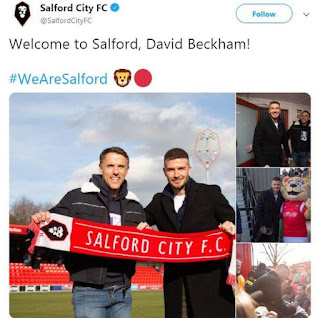 Saturday's match was the first time he had attended one of the club's games since becoming co-owner last month. Becky as he is fondly called came to watch the football match along son Romeo. 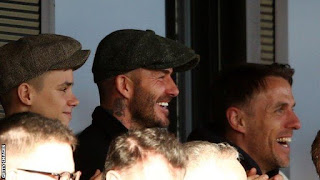 Though was more like a bitter memory in the end as he watch his new business; Salford lose 3-1 to Dover in the National League. A club he recently took a 10% stake, joining former Manchester United team-mates Nicky Butt, Ryan Giggs, Paul Scholes and Gary and Phil Neville as co-owners. 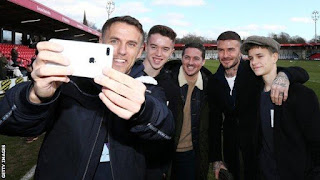