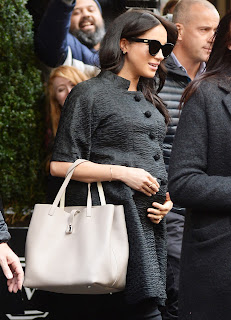 Gayle King is spilling the English breakfast tea about Duchess Meghan's baby shower. The "CBS This Morning" host, who attended Wednesday's tiny, A-list party for the pregnant royal, says she broke with baby-shower protocol by not opening any of the gifts in front of the other guests, which included Amal Clooney, former "Suits" co-star Abigail Spencer.

(According to King, the shower was organized by the royal's friends: Serena Williams, Genevieve Hillis and Jessica Mulroney.) It turns out that unlike Monica from "Friends," Meghan made a point of waiting to open the presents until she could do so with her husband, writes USToday.

“She didn't open any of the gifts because she wants to do that she and Harry are back together," King informed her co-hosts Thursday. Ronald McDonald House New York
The morning-show anchor wouldn't even reveal what she gave the royal, saying only, “I think I got her something very nice.” 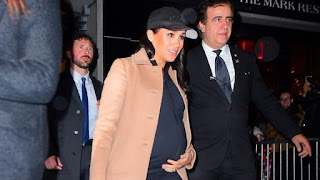 King did share one detail: Instead of playing the usual baby shower games, guests got a got a lesson on arranging flowers and then created their own arrangements that were then donated to different charities through an organization called Repeat Roses.

According to an Instagram post from the group, which re-purposes floral arrangements from weddings and other events, Meghan's baby-shower flowers "brought smiles and an emotional health boost to pediatric cancer patients at (Ronald McDonald House New York), cancer patients at (The American Cancer Society Hope Lodge in New York City) and to behaviorally and medically fragile men at the (Unique People Services) Vyse Avenues Program."

Repeat Roses noted, "The flowers brought a ray of sunshine on a cold winter day, and will be greatly enjoyed for the week ahead. Later, we’ll return to collect flowers and vases for composting and recycling to close the loop and ensure a zero-waste experience." 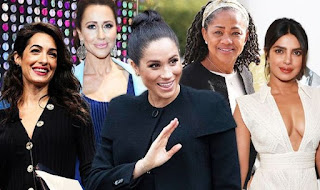 "I hope she won't mind me sharing this because I've never seen anything like it at a baby shower," King said, adding that the gesture "just speaks to who (Meghan) is. She's kind. She's very generous and a really, really sweet person. I think her friends just wanted to celebrate her."