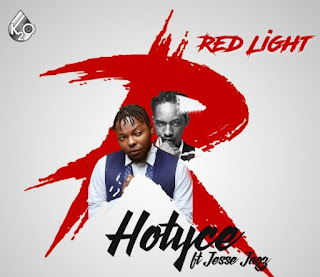 Hotyce who ended 2018 on a high note following the release of his debut Album “RedHOTYCEcold Vol1 Album”, the K2o Entertainment act comes through with a video for one of the banging tracks off the album, titled “REDLIGHT,” featuring Jesse Jagz.

The video was by the very talented music video director MEX.