Jordyn Woods Denies Sleeping with With Tristan Thompson as Khloe Kardashian Confronts her. 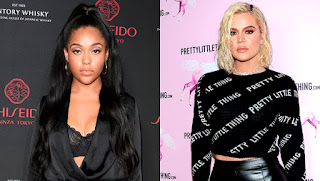 When Khloé Kardashian reportedly confronted Jordyn Woods about her alleged hook up with Tristan Thompson, but she strongly denied having any affair with the basketball star. Khloé confronted Jordyn about the alleged hookup, according to a source, and “at first [Jordyn] denied it,” the source said, “but then she admitted it. Khloé has never confronted another woman Tristan has cheated with before,” the source continued.


Another source from the magazine revealed that Khloé also confronted Tristan about the rumored affair on Feb. 18 – Tristan “admitted it was true,” the source said.

In the midst of this rumored affair becoming public knowledge, Jordyn attended her Eylure X Jordyn Woods Lashes event on Feb. 21. Event attendees noticed that things definitely seemed off with the influencer who was once in the Kardashian inner circle. 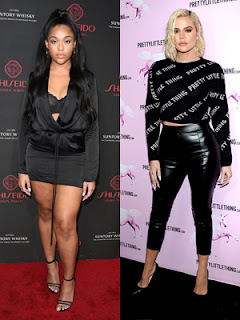 “It was a pretty weird vibe overall,” blogger Lauren King told People. “Jordyn wasn’t there for very long at all, just a quick appearance.” Lauren said that Jordyn was “professional,” but, she said, “I wouldn’t say she seemed happy or lighthearted at all.”

“She seemed really depressed,” another blogger, Jade Simone, told the magazine. “She seemed kind of down and kind of sad. Even her speech you can barely hear what she is saying, like she wasn’t feeling it,” reports Hollywoodlife.
“It was kind of like she felt the fact of not having that support that she’s normally used to having from her best friend, Kylie,” Jade added. “I feel like she was more there because she had to be.” Jade said she thought that “what is going on is really sinking in now because I think she is really not used to not having Kylie there to support and encourage her and root her on,” Jade said. “I think she really felt it [at the event].”