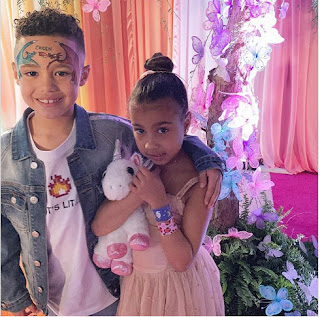 Kim Kardashian has openly refuted the news making rounds that her daughter, 5 year old North West, has a boyfriend in the person of the son of Consequence, 7 year old Caiden.


The news started gathering momentum after Consequence son posted a series of 'loved-up' photos on his Instagram page, with one calling Kim and Kanye West's first born and daughter 'baby girl.'

Kim was asked whilst leaving the Hollywood Beauty Awards in LA last night, if North is “too young to have a boyfriend?” 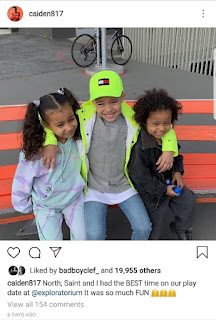 Hear her response: "She doesn't have a boyfriend. Like, is that for real? She's 5."
Caiden who is an up-and-coming star has been posting on Instagram. And in one of the photos he shared, where he's got her wrapped under his arm with the caption: "Boo'd Up."

Caiden Mills is the son of long time friend and collaborator of Kanye.