Home events music News/Gist Lady Gaga and Bradley Cooper Stole the show during the Oscars night with their envious display of Chemistry as She Wins First Oscar.

Lady Gaga and Bradley Cooper Stole the show during the Oscars night with their envious display of Chemistry as She Wins First Oscar. 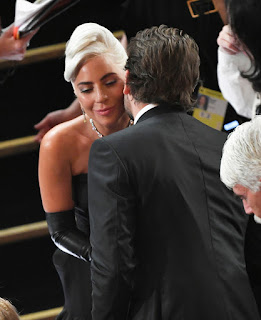 It was a night full of glitz and glamour. Many moments stood out for the night, with some going to remain ever green in my memories.


Lady Gaga was fully weeping when she won her Best Original Song Oscar for co-writing “Shallow” from A Star Is Born. Her passionate performance of it alongside co-star Bradley Cooper drew a hearty standing ovation from the audience inside LA’s Dolby Theater and gave viewers at home all the feels during the ceremony. 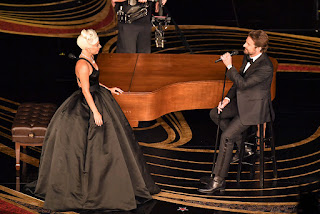 With trophy in hand through her tears onstage, she told Bradley in the audience, “There is not a single person on the planet that could have sang this with me but you, so thank you for believing in us.”


The pair’s amazing chemistry they brought to their ASIB characters Ally and Jackson Maine have fans shipping on Bradley and Gaga to become a real life couple now that she’s recently split from fiance Christian Carino. But his GF of three years Irina Shayk was there in the audience next to them and they looked on with pride at Gaga’s win, according to Hollywoodlife. 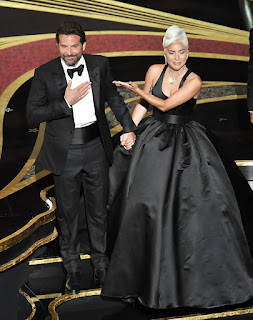 The 32-year-old ended her speech by saying, “It’s not about winning, it’s about not giving up. It’s about how many times you stand up and are brave.” Sadly, neither Gaga or Bradley took home a trophy in their respective acting categories. 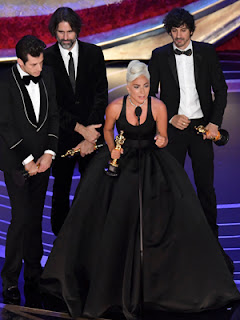