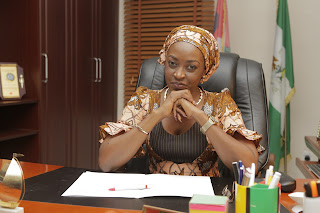 
“4th Republic is not just a film right for the election period,” explained star actress Kate Henshaw. “I think what is most significant is the message it carries; we need to stand up for the truth and fight for justice. It’s our duty.” She added.

The action-packed thriller will take viewers from voting polls marred by violence and rigging to the law court as Mabel King petitions the tribunal for the seat of governor she believes was stolen from her.
‘4th Republic’ is written by Emil B. Garuba and Zainab Omaki.
The film is co-produced by Griot Studios Ltd. and Amateur Heads Productions with Bem Pever, Ishaya Bako, Kemi ‘Lala’ Akindoju and Ummi A. Yakubu serving as Producers.
The film is funded by grants from the John D. and Catherine T. MacArthur Foundation and the Open Society Initiative for West Africa (OSIWA).
4th Republic was shot on location in Abuja, Lokoja and Lagos and is set for release in cinemas across Nigeria from April 2019. It is distributed by FilmOne Distribution