Home music News/Gist Paris Jackson is Crazy Inlove with her Boo, Gabriel Glenn as she let friends know he is her Soulmate & He Writes her Love Songs.

Paris Jackson is Crazy Inlove with her Boo, Gabriel Glenn as she let friends know he is her Soulmate & He Writes her Love Songs. 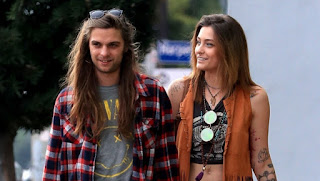 Paris Jackson, daughter of the late pop king, Michael Jackson spent a lovely and memorable Valentine’s Day with her boyfriend Gabriel Glenn. Paris who obviously is deep inlove with her man and not attempting hiding it from any one, not even her friends nor the gossiping like media, and she is so enthusiastic about their already great relationship as a result of the great attributes of her man, Gabriel to their love. 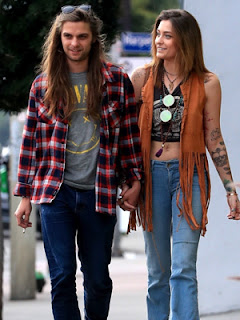 “Paris and Gabriel had the perfect Valentine’s Day, they spent it relaxing at home watching movies and playing music together…Paris is head over heels in love and has been telling her friends that Gabriel is her soulmate.

Gabriel is so supportive of her and encouraging, he’s her biggest cheerleader with everything from her music to the day to day life stuff she has to deal with. And he’s extremely attentive to her, it’s obvious that he adores her. He even writes loves songs for her. They’re very, very sweet together, this relationship is so good for her,” a source reveals to Hollywoodlife.

Paris and Gabriel, who is also her band-mate in her music group, The Soundflowers, first sparked speculation that they were more than friends last Aug. when they were spotted cuddling and kissing in photos and videos from the night of their second live performance as a band. Although they initially kept their romance private, they’ve been flaunting major PDA in the past few weeks and seem happier than ever to show the world their love. 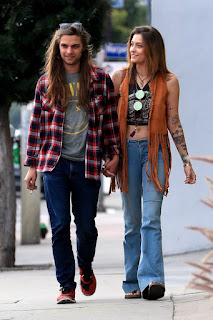 From making out in a promo pic for their new music together, to holding hands while getting coffee, these two aren’t shy about showing their attraction for each other, and we’re thrilled for the lovebirds!