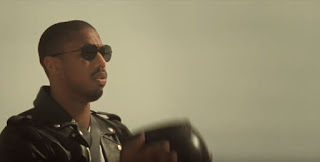 
“Words Matter”, which was released yesterday February 26, was shot in the desert of Los Angeles, according to a Just Jared report.

32-year-old Jordan described working with Lee on the new short film as an inspirational experience. “Collaborating with the iconic Spike Lee on this short film for Coach was an inspirational experience. Spike’s art has moved the cultural dial for decades. I’m proud of the powerful messaging of this film and to be working alongside a brand that cares about putting that narrative into the world as much as I do,” Jordan said.

On his part, Lee (61) said: “I’m honoured to get to collaborate with Giants in their respective fields, Michael B. Jordan and Coach. It was truly a Magical Day working, shooting in the Desert. Enjoy.”
Watch here- https://youtu.be/dnxG_VQCFGk