Home Interviews News/Gist “We live in a culture where our worth is measured by how much money you have.” – Says Barrack Obama.

“We live in a culture where our worth is measured by how much money you have.” – Says Barrack Obama. 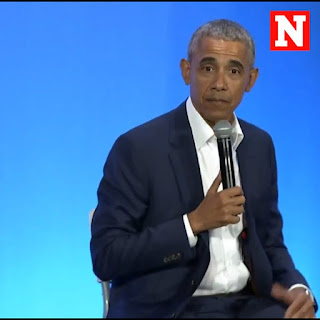 Barack Obama and Stephen Curry came together for a town hall event on Tuesday and the former US president made some statements that resounded with a great number of people. The duo urged youngsters from minority backgrounds to develop confidence without feeling compelled to build self-worth based on chasing women and money.

The event took place in Oakland, and it also marked the fifth anniversary of Obama's My Brother’s Keeper Alliance. Both Curry and the former president talked about challenges they faced in their formative years, while also speaking about other topics, such as hip-hop, policing in minority communities, discipline in schools, male role models, and manhood.

While addressing the societal pressures that young people face to act a certain way because of hip hop's frequent portrayal of what it means to be successful, Obama said:

“We live in a culture where our worth is measured by how much money we have and how famous we are.
I will tell you, at the end of the day, the thing that will give you confidence is not that. I know a lot of rich people that are all messed up.” 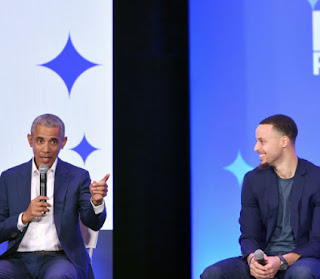 The 44th US president then took a shot at hip hop stars, saying:

“Because I've got one woman that I'm very happy with, right?
So, and she's a strong woman.”
Obama also added that while growing up, that he was “all kinds of screwed up” and it partly came from only meeting his dad once, reports LIB.