Home music News/Gist ‘You inspire me so much,’ – Tiwa Savage tells Wizkid.

‘You inspire me so much,’ – Tiwa Savage tells Wizkid. 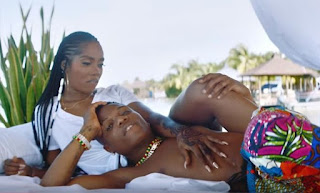 Tiwa Savage and Wizkid had often been accused of having secret affairs, though they had repeatedly denied the existence of such, stressing that they are just friends and colleague.

Well, this time talented singer, Tiwa Savage took to her social media to praise Wizkid, as she claims that the ‘Ojuelegba’ crooner inspires her a lot.

On Thursday, February 21, Tiwa who has been absent from social media for long took to her Twitter handle to leave a tweet a lovely message for Wizzy which though caused a lot of twitter drama in the comment section of the post. She tweeted "@Wizkidayo you inspire so much lion".