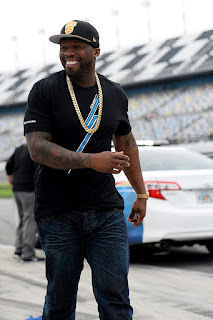 Rapper 50 Cent, 43, has been the subject of an alleged threat from a New York City Police Department Commanding Officer from the 72nd precinct, Emanuel Gonzalez, according to the New York Daily News. Emanuel allegedly told fellow officers to “shoot 50 Cent on sight,” on June 7, 2018 if they were to see the rapper at an NYPD boxing match on that day.


While the commanding officer later reportedly attempted to say his comment was a joke, the possible threat is now currently “under internal review,” detective Martin Brown reveals and 50 Cent recently learned of the threat, per the New York Daily News report.

50 Cent responded to the story himself on his Instagram page on Feb. 17, posting two screenshots from the New York Daily News story itself and a photo of the officer in three separate posts. “This is how I wake up this morning, 🤷🏽‍♂️,” he said on Instagram. 50 Cent made the accusation that, “This guy Emanuel Gonzales is a dirty cop abusing his POWER. The sad part is this man still has a badge and a gun.” 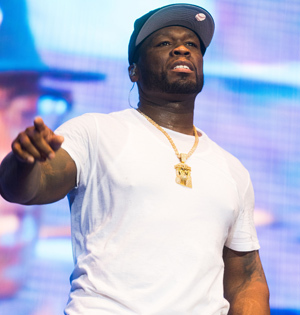 “This is Emanuel Gonzalez commanding officer of the [72 precinct],” 50 Cent said in his post about Emanuel. “He think he got beef with me, so he sending the Homies to put some work in. NYNOTSAFE #thegangstagotabadge”

Emanuel’s alleged threat in June came after he filed a complaint that 50 Cent threatened him on Instagram, the New York Daily News reported. 50 Cent was responding to a lawsuit that was reportedly filed, in which Emanuel was accused ‘allegedly’ of “shaking down” the owner of a club 50 Cent liked, according to the New York Daily News.

50 Cent reportedly responded in a now-deleted Instagram by telling his Instagram followers to “get the strap,” which meant, “get a gun,” the New York Daily News said of the events. Emanuel’s complaint listed that 50 Cent’s followers began to threaten Emanuel in response, writes Hollywoodlife.

50 Cent’s rep, who replied, said: “50 Cent takes this threat very seriously and is consulting with his legal counsel regarding his options going forward. He is concerned that he was not previously advised of this threat by the NYPD and even more concerned that Gonzalez continues to carry a badge and a gun.”