About 600 students left school in UK over planned anti-homophobia classes. 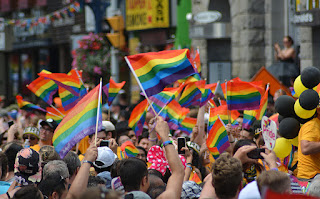 The future of LGBTQ-inclusive lessons at a school in Birmingham, UK, has been called into question following outcry from parents.

Andrew Moffat, 2017 MBE recipient for services to equality and diversity in education, is responsible for developing the program of lessons he calls ‘No Outsiders’, which covers gender identity, religion, sexual orientation, disability, and age.

Parents have been complaining to the school and protesting en-masse for weeks, leading the school to make a plea to parents to stop as it was “upsetting and disruptive” for the children. The disagreement culminated in around 600 students being pulled from the school for the day, writes Gay Times.

Parkfield Community School in Saltley, Birmingham, has promised via Twitter that the program isn’t technically cancelled, and instead has yet to be scheduled, but that talks and meetings with parents will begin soon and ‘our work continues’.

Parent Fatima Shah spoke out to say: “We are not a bunch of homophobic mothers, we just feel that some of these lessons are inappropriate. Some of the themes being discussed are very adult and complex and the children are getting confused.”
It’s worth remembering that children are capable of complex thinking from primary age, and are less likely to be as confused by topics like sexual orientations and disabilities as people assume.
Chief Inspector for Ofsted, Amanda Spielman, came out in favour of the school, saying: “It is vital that children know about families that have two mummies or two daddies.”