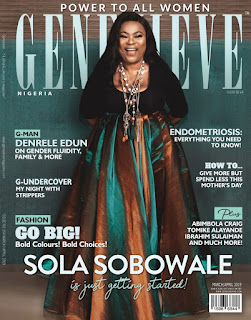 The cover star for Genevieve Magazine‘s March 2019 edition is Nollywood icon Sola Sobowale- this edition is dedicated to International Women’s Month!
The veteran actress who starred in the successful movie, King of Boys as she talks to Sonia Irabor about her long career, dealing with rejection, and how her iconic role in same film. 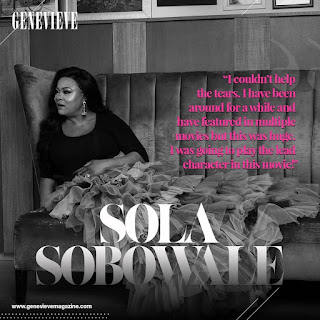 Also in the new issue, media personality Denrele Edun shares his thoughts on gender fluidity, some of his darkest moments and more; Abimbola Craig talks about how having a brain tumor and major surgery changed her outlook on life; and so much more.

Get the digital copy on www.genevievemagazine.com