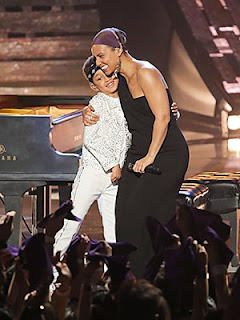 Alicia Keys had a surprising duet partner at the 2019 iHearts as the veteran singer performed along her eight-year-old son, Egypt for the night, with the mother and son duo adorably played the piano side-by-side to the thrilling excitement of the guests in attendance.

While Alicia Keys performed “Raise A Man” and a classic, “You Don’t Know My Name,” her 8 year old son, Egypt, who is so talented as his mom, played the piano alongside Alicia, who also commanded the keys. Egypt even demonstrated flossing dance moves for the crowd, while Alicia waved her hands in the air. 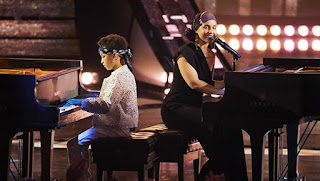 Alicia also graced the stage to accept her “Innovator Award” for her “unparalleled contributions to pop culture and social causes as an artist, songwriter, producer, entrepreneur and activist”.