Home music News/Gist Amid suicide attempt: Paris Jackson and Boyfriend, Gabriel look all happy as they stepped out.

Amid suicide attempt: Paris Jackson and Boyfriend, Gabriel look all happy as they stepped out. 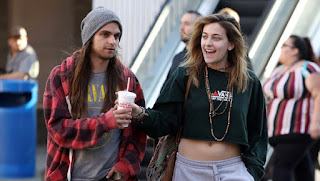 Paris Jackson looked so happy as she stepped out with her boyfriend after reports surfaced that she attempted suicide earlier in the day, though she had earlier shut down that report on her attempting suicide.

20 year old Paris and Gabriel Glenn stepped out for a movie date and some KFC yesterday, March 16 Paris appeared comfortable for their afternoon outing, wearing a cropped green sweatshirt showing off her stomach, and low-rise grey sweatpants.
The lovebirds shared drink together as seen in their photos. 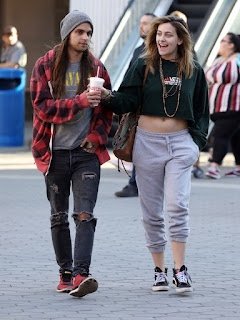 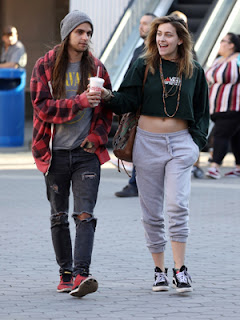