Home music News/Gist Cheating Allegations: Travis Scott is not happy and wants to find who wants his relationship down like others.

Cheating Allegations: Travis Scott is not happy and wants to find who wants his relationship down like others. 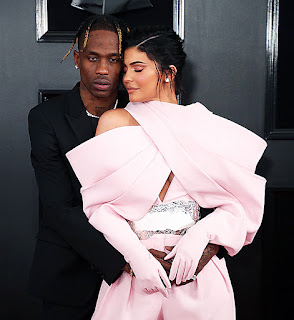 Travis Scott is ‘upset & wants answers’ after reports have emerged that Kylie Jenner accused him of cheating, and that the accusations forced him to cancel a show in Buffalo to fly back to Los Angeles on February 28.


And now, a source reveals that: “Travis is furious about the cheating allegations. He denies they ever happened, and he would never hurt the girl he loves.”

On top of that, Travis is trying to find out where this wild story originated from. “He is upset that the world is aware of the cheating allegations and wants to know who in their circling is betraying him and trying to tear his family apart,” the source went on to say. “He is upset and wants answers.”

But Travis maintains that his Buffalo concert cancellation was due to illness as was originally reported.  News broke about Kylie’s reported allegations on the last day of February, with claims that Kylie, who has dated Travis since 2017, allegedly discovered “evidence” that Travis cheated on her.