Home music News/Gist Davido reveals how he escaped plane crash, and how he repented severally while the experience lasted.

Davido reveals how he escaped plane crash, and how he repented severally while the experience lasted. 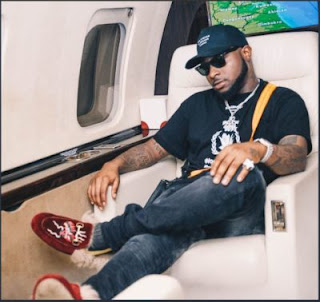 Super star singer, Davido has just revealed he escaped something that can be likened to air mishap or rather, a plane crash.


OBO took to his Instagram stories to share the experience he had while on a 14 hour flight, that the pilot couldn’t get hold of the plane as it shook until the plane as it shook until it landed.
Davido went on to reveal that he repented severally while the issue lasted, confessing his sins to God severally. He said he repented more than as he felt he will not come out alive. Lol.

Abeg oooh, nothing will happen to OBO, and every other person. Not our portion, God gat us covered by the blood he shed on the cross of Calvary for our sake.