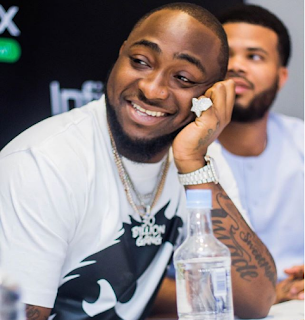 Nigerian pop star Davido, is set to take a different dimension in his music career having revealed he would be releasing two albums in 2019.


In an interview he granted BILLBOARD, the FALL singer said he would be releasing two separate albums, one for local listeners and the other for his international fans.
“I’m working on two albums right now: one for Africa and one for out here. That’ll be crazy. That might be a double album,” the singer said Suring the interview.

On if there was an artist he would like to collaborate with that he hasn’t, Davido responded saying, he does not like the question as he feels he can work with anybody, reports Jaguda.
Davido’s ‘FALL’ and ‘IF’ have been breaking grounds having ranked well on BILLBOARD top 100 songs.

The DMW chief also delivered a powerful performance early this year as he shut down the famous O2 Arena in London. See complete exerts to his interview HERE.