Home music News/Gist Days after Diddy’s son was linked to Lori Harvey, the music mogul went partying with her.

Days after Diddy’s son was linked to Lori Harvey, the music mogul went partying with her. 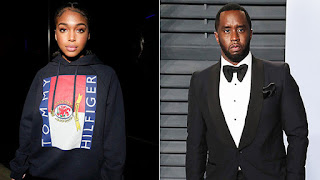 Lori Harvey and Diddy were spotted partying amid a crowd of people and have sparked an extreme curios speculation that the duo are into a romantic relationship.


On March 11, Billionaire Magazine posted a brief clip of 49 year old music mogul, Diddy, partying at a packed reggae bash. Though Diddy was surrounded by scores of other people, but if you pay a rapt and inquisitive attention, you’ll see a woman who looks like Steve Harvey’s model, stepdaughter, and even the post made a similar suggestive caption, which partly read: “Use your eyes my people…”


There is no proof that the father-of-six is romantically linked to Lori. The only thing that Instagram clip shows is two people who just happen to be at the same party.

But remember that On February 5th,  Lori’s name was trending on social media platform, especially on Twitter, were she was linked to multiple celebrities, including singer Trey Songz, 34, rapper Future, 35, and even 25 year old Diddy’s son, Justin Combs was equally linked to her 25.