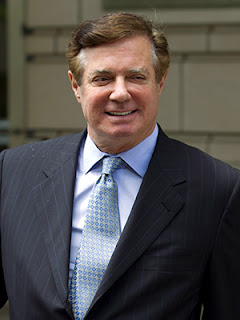 Former Donald Trump’s campaign chairman, Paul Manafort has been sentenced to 47 months after pleading guilty to eight charges, including bank and tax fraud. A jury found Manafort guilty on guilty on eight counts during a three-week trial over the summer — five tax fraud charges, one charge of hiding foreign bank accounts, and two counts of bank fraud.

He was sentenced by a federal judge to 47 months in prison on March 7 for defrauding banks and the government. He faced charges equally, for failing to pay taxes on millions of dollars he made from political consulting in Ukraine- the charges is an outcome of the Mueller investigation, writes Hollywoodlife.

He could have spent about 25 years in the prison as the prosecutors had initially recommended between 19 and 25 years in prison, but the Judge, TS Ellis declined to that recommendation, as he referred to it as “excessive”. But Manafort has been ordered to pay at least $6 million in restitution to the government. On top of that, he’ll also have to play a $50,000 fine.

Before being sentenced, Manafort spoke for around four minutes. While he didn’t apologize for his crimes, Manafort did admit that he felt “humiliated and ashamed- I know it is my conduct that brought me here. My life — personally and professionally — is in shambles.” Manafort later addressed Ellis personally, saying, “I ask you to be compassionate.”

While Ellis admitted that before these crimes, Manafort had been a good friend and a ‘generous person’  and made it clear that all that can’t erase his crimes. While Ellis didn’t sentence Manafort with the maximum jail time, Ellis revealed that he was disappointed that Manafort hadn’t shown any remorse for his crimes. “I was surprised I did not hear you express regret for engaging in criminal conduct,” Ellis said. “I hope you will reflect on that.”
Manafort has another trial next week with a different federal judge, to receive sentencing for two crimes he pleaded guilty to over the summer: witness tampering and conspiracy related to his illegal Ukrainian income.
Manafort’s investigation began a year ago, when the FBI stormed his house in Alexandria, Virginia and seized documents related to special counsel Robert Mueller‘s investigation into the Trump campaign’s potential collusion with Russia in the 2016 presidential race. Manafort surrendered to the FBI and was indicted on charges including laundering over $18 million through foreign banks.