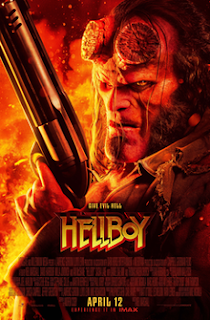 Hellboy is an upcoming American superhero film based on the Dark Horse Comics character Hellboy. The film draws inspiration from the comic books Darkness Calls, The Wild Hunt, and The Storm and the Fury.


Based on the graphic novels by Mike Mignola, Hellboy, caught between the worlds of the supernatural and human, battles an ancient sorceress bent on revenge.

The film will be released from 12th April in USA, then other countries follows.
Watch movie trailer here- https://youtu.be/dt5g5_1cKVk