Home Interviews music News/Gist “I love my wife, it’s not a game to me,” Offset said of his relationship with rapper Cardi B.

“I love my wife, it’s not a game to me,” Offset said of his relationship with rapper Cardi B. 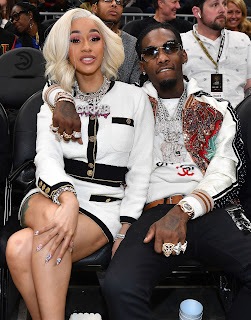 Offset is opening up about his controversial decision to crash Cardi B’s concert stage and beg his wife for forgiveness after their split last year.


The rapper, 27, appeared on The Ellen DeGeneres Show on Friday, where he talked to host Ellen DeGeneres about why he chose to go public with his apology to Cardi B back in December 2018.
“I love my wife, so it’s serious — it’s not a game to me,” Offset said.

Offset added that he and Cardi’s busy schedules are part of why he felt like he had to pull out all of the stops, reported PEOPLE.
“We have schedules and we have shows and I just felt like … I can’t give that break between time, so it’s my forefront, I step to it as a man to say I’m wrong,” he said. “I step to it as a man, and you don’t have to take me back but I just want you to know I love you and I care and I’m putting it all out on the table.” 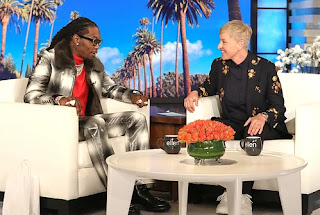 The Migos rapper added that he had asked Cardi, also 26, to marry him in public as well.
“I asked her to marry me in Philadelphia at the radio show in front of 60,000 people,” he said. “And when I did that, they were like, ‘Oh why’d he do that?’ Because it’s my affection showing; I’m not hiding it. I’m not hiding my affection for you, that’s all. That’s just me being vulnerable, I guess.”
During one of Cardi’s concerts in December, stagehands rolled out boxes of roses that spelled out “Take Me Back Cardi,” before Offset appeared, carrying a bouquet of white flowers. The “Take Me Back Cardi” flower arrangement from Venus ET Fleur was worth $15,000.

Offset then proclaimed “in front of the world, I love you” into a microphone. Cardi seemed irritated as she responded to Offset at length — off of the microphone — and after she seemingly made her point, Offset walked off the stage, and stagehands wheeled off his tribute to her.