Home Interviews Movies I was very nervous when I saw most of my favourite actors, Chiwetalu Agu, Angela Okorie, Chinyere Winfred, others- Actress Cynthia Godwin recounts journey in Nollywood.

I was very nervous when I saw most of my favourite actors, Chiwetalu Agu, Angela Okorie, Chinyere Winfred, others- Actress Cynthia Godwin recounts journey in Nollywood. 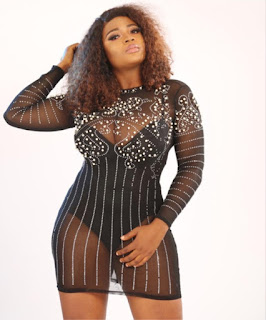 Cynthia Godwin, whose real name is Okoronkwo Cynthia Chiamaka, is a Nollywood upcoming actress. In a chat recently, the busty actress opened up on her journey so far in the world-of-make-believe.


According to the sexy actress:
“I’ve done quite a lot of movies. I debuted with Chidinwa My Only Child, an Africa Magic Epic movie. After that was War Against Men, College Girls Reloaded, Escape, Down The River, JaJa the Great and many more. Currently, I am on the set of Power of Virtue. My character name was Juliet. I played the younger sister to Nollywood actor Felix Ugo Omokhodion popularly known as Fresh Prince. Recalling the first time she cut her teeth before the camera.”
“I was very nervous. I was very nervous when I saw most of my favourite actors, Chiwetalu Agu, Angela Okorie, Chinyere Winfred among others. I was the daughter of Chiwetalu Agu.  I’ve met Genevieve once on set. That was when I did a movie with Magic Movie. I’ve met Nse Etim Ikpe. I love Nse. My early influence as far as the movie industry goes was Mercy Johnson. I love Mercy.” 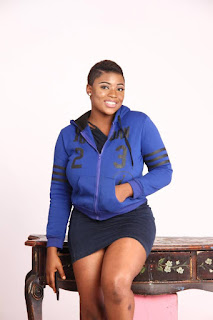 Very passionate about acting, Cynthia didn’t mince words when asked how far she can go in interpreting a role. “I can go really far said the graduate of Mass Communication Imo State University.  I have done a movie that I had to go topless to shoot a bathroom scene. I was wearing a short but then the way they shot the movie you would think I was all naked”.
Recently Cynthia was at the Big Brother Naija auditions. She shares her experience. “I was at the auditions but couldn’t get in because of the crowd. I had to run for my life. I was losing breath. When you have a large crowd of people sweating, the smell, the heat, everything was chocking. I couldn’t breathe well. Someone passed out and immediately I saw the guy pass out, I felt I was going to pass out”.
Asked if that was the worst experience she’s ever had, she said, “I once had an experience where I almost drowned while swimming so that fear of not being able to breath, whenever I find myself in an environment that’s chocking, I get that kind of attack. But even that wasn’t the worst experience I’ve had.
The worst thing that ever happened to me was getting pregnant for the wrong person. I didn’t know I was pregnant until after five months. After I found out, I was scared but happy at the same time.
As much as I wanted my baby daddy to be part of my life at that time I was pregnant, he didn’t want to be in my life. I’d just gained admission into the Uni and he was in his 3rd year. He was young but if he wasn’t too young to get a woman pregnant, then he ought to have been there for me but he wasn’t.
What has the experience changed about you? Having a child has changed my whole life has a person. If this child hadn’t come I think I would have gone astray. I think I wouldn’t have known my left from my right.
But having a child has helped me to be focused. Every year I want to hit a target. So it has helped me in a good way. My child has always been my strength. I work hard, really hard because I know I have a child to take care of.”