Home News/Gist Jordyn Woods is feeling a bit relieved ‘that she is not the cause of Khloe’s Collapsed Marriage’ as her ex, Tristan is spotted With a Mystery Woman in New York.

Jordyn Woods is feeling a bit relieved ‘that she is not the cause of Khloe’s Collapsed Marriage’ as her ex, Tristan is spotted With a Mystery Woman in New York. 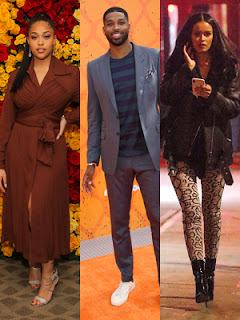 Jordyn Woods is actually relieved to see Tristan Thompson besides a new woman, Karizma Ramirez, believing their hangout proved what she already told the public.


Jordyn Woods, 21, feels like Tristan Thompson, 27, proved her own point by finding a new lady friend to hang out with so soon after she claimed the Cleveland Cavaliers player kissed her on the lips, and after his breakup with 34 year old Khloe Kardashian.

“Jordyn feels vindicated after seeing Tristan with a new woman,” since she “feels that seeing Tristan moving on so quickly with another woman proves what Jordyn fears to say out loud,” she reveals. And that’s his long-rumored “player behavior,” our source says!

But we don’t have to track Tristan’s social calendar to know this, after footage of him making out with one woman and motor boating another at a hookah lounge surfaced in April 2018 (just two days before Khloe gave birth to their daughter, True Thompson), writes Hollywoodlife.

“Jordyn stands by her statement that she is not the reason Khloe and Tristan are not together,” our source adds, which is the stance she took during her Red Table Talk interview on March 1. Khloe took to Twitter after the interview to say Jordyn was the “reason” her family “broke up,” but later backtracked on the comment and put the blame on her ex-boyfriend.

Just days later, and Tristan was spotted with model Karizma Ramirez in the celebrity-favorite sushi restaurant, Nobu, in New York City on March 5. It was reportedly their second dinner outing, after Tristan grabbed a bite with Karizma and his Cavs teammate Jordan Clarkson on Feb. 27. 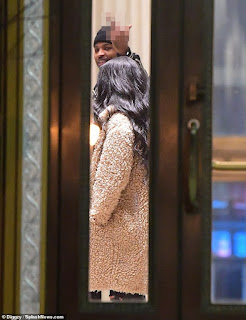 Whether or not Jordyn’s point was proven, she’s “still very upset over the whole situation and feels like her relationship with Kylie is collateral damage” to Tristan’s aforementioned “player behavior,” our source continues. As a source told us before, the mess forced Jordyn to move off of Kylie’s Calabasas estate after reports claimed she made out with Tristan at a house party on Feb. 17 (Jordyn denied the lip contact was a makeout session, and also shot down rumors that she slept with Tristan or gave him a lap dance).
For now, our source tells us, “Jordyn hopes that when Khloe realizes that Tristan is not fighting for their family and clearly only cares about himself, then maybe Khloe, and the rest of the family, will begin to forgive Jordyn and let her back into their fold.” 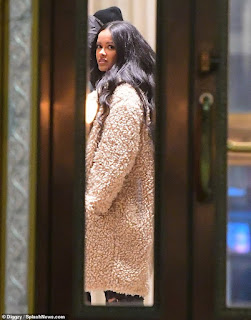 And the model thinks that day is bound to come. “Jordyn really believes she will be friends with Kylie and the Kardashians again. It’s going to take some time, but Jordyn wants to have a dialogue with the family to get back to a good place with everyone and would hate to see their friendship be forever lost,” our source continues.
“Jordyn knows she did wrong, but wants the chance to make up for what she did and be forgiven and she would want nothing more than to be Kylie’s friend again. They are basically sisters and losing the friendship forever would be like a death in the family for Jordyn.” Keep in mind that Jordyn and Kylie have been best friends since middle school!
“She needs to figure out how to get back with everyone,” our source adds, because “she feels if she isn’t friends with the family again then Tristan ends up winning.”