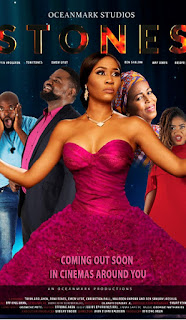 
In the film, the lives of three hustlers strike bedrock after rescuing a con artist who made them steal and ended up in jail, and only one thing can set them free- Payback.

The film which was directed by Akin Tijani Balogun, and stars- Maureen Okpoko, May Owen, Toni Tones, Toyin Afolayan. The film will be in cinemas from 29th March.