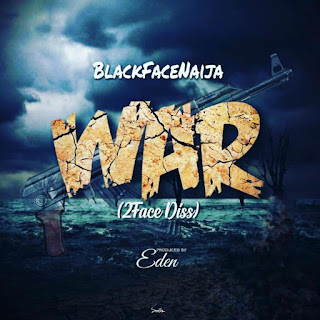 Controversial Nigerian act and member of the defunct boy band, Plantashun Boiz, Blackface, takes the feud between himself and 2Baba to a whole new level with the release of a beef track titled “War” AKA 2face Diss.


In the newly released diss track titled “War”, the singer comes hard on 2face, whom he has had a long standing feud with since the end of the Plantashun Boiz musical group.