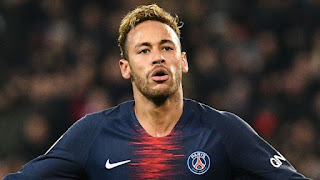 Brazilian international, Neymar Jnr. is not happy with the late penalty awarded to Manchester United that resulted in the exit of French side, PSG from the Champions league. Neymar described the penalty as a “disgrace”.


Neymar said the penalty doesn’t exist as he took to his social media to react to the penalty decision. He went o add “It's a disgrace. Four guys who know nothing about football watch a slow-motion replay in front of the television. What can [Kimpembe] do with his hand while his back is turned?" 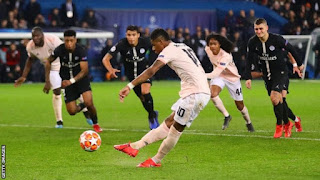 Remember the penalty was awarded after referee Damir Skomina had initially given United a corner after Diogo Dalot's shot struck Presnel Kimpembe and went over the crossbar, but changed his mind after using VAR, to award Man U a penalty which Marcus Rashford went on to convert to end the match 1-3.

United went through on away goals after the tie ended 3-3 on aggregate.