Home music News/Gist R. Kelly Has been be released from jail for the second time.

R. Kelly Has been be released from jail for the second time. 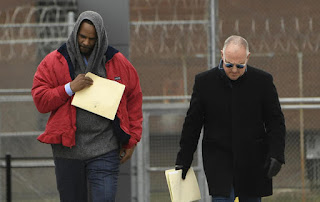 Embattled R&B legend, R. Kelly has been released from jail. He was ordered into custody on Wednesday by a judge after he said that he did not have the entire $161,633 he owed his ex-wife, Drea Kelly in child support.


Today, someone else paid the $161,633 on his behalf today, 9th March, 2019.
This is the second term he is being released in less than two months, because some time in February he was charged with 10 counts of sexual abuse for sexually assaulting four women between 1998 and 2010.