Home music News/Gist Rapper Meek Mill can’t wait for his ex, Nicki Minaj to Break Up With Kenneth Petty so he can have her back.

Rapper Meek Mill can’t wait for his ex, Nicki Minaj to Break Up With Kenneth Petty so he can have her back. 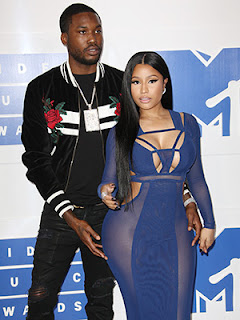 Meek Mill, 31, is joining those who disapprove of Nicki Minaj’s relationship with Kenneth Petty, 40, who isn’t in the entertainment industry and is a registered sex offender.

“Nicki’s ex lover, Meek is shocked that Nicki is still with Kenneth. He was surprised when they first hooked up and he is more shocked now that they have stayed together as long as they have been,” a source reveals to Hollywoodlife.

36 year old Nicki became Instagram official with her high school sweetheart in Dec. 2018, and took their relationship to the next level by bringing Kenneth along for the European leg of her Nicki WRLD Tour in March. Even though Meek and Nicki’s breakup was officially confirmed in Jan. 2017, his ex hasn’t left his mind. “Meek thinks about Nicki all the time, even misses her sometimes,” our source continues, but clarifies that “[Meek] will never reach out to her as long as Kenneth stands in the way.” 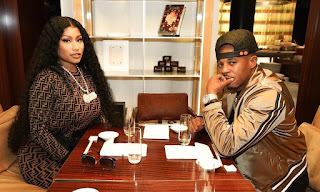 Meek thinks Nicki also deserves a man with a decorated — not a criminal — reputation. Kenneth has been convicted for first-degree manslaughter and attempted rape, and has served prison time. “Meek is shocked that Nicki is still with Kenneth because he thinks she deserves better than guys from her neighborhood like Kenneth. Meek feels Nicki is going through a phase with this guy from her past”.
“Meek is waiting for her to come to her senses and snap out of it. Meek feels Nicki should be with someone more successful, powerful and on her same level, like him,” our source goes on. Meek’s ex-girlfriend, who is a 10-time Grammy nominee, also counts famous rappers Nas and Safaree Samuels among her exes.

Considering Nicki’s ability to be choosy in the dating market, our source says that “Meek also thinks that Nicki ought to be spoiled by her man, not worried about how he is going to pay his bills. Meek has a lot of respect for Nicki but feels that her relationship is ridiculous.” 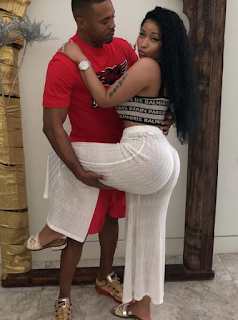 But Meek thinks this relationship will be “Going Bad” in due time. “Meek does not expect Nicki to stay with Kenneth and once he is out of the way, when the timing is right, Meek would love to hit her up again,” our source reveals. “Despite their rocky past, Meek doesn’t feel like things are over between him and Nicki. He is watching from a distance, waiting for her to wake up and break up with this guy that Meek feels will never earn the right to be Nicki’s husband.” For now, Meek will mind his own business and hop in the comments section of single ladies.

Nicki and Meek dated---after a long round of rumors, Meek confirmed that he was dating his fellow rapper at a concert in March 2015. It was bliss from there on out, as Nicki tweeted that she was “in love with meek” in June 2015.