Rapper T.I defends Michael Jackson over the ‘Leaving Netherland’ Documentary, chronicling the sexual abuses by the late King of Pop. 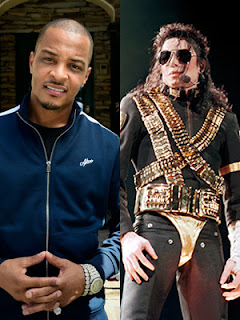 The ‘Leaving Neverland’ documentary is still dividing Michael Jackson’s fans, even celebrity are all involved in the whole drama. One of them is rapper T.I, who thinks it is very wrong for pedophilia accusations to now be brought up against MJ since he’s been dead for years.


T.I. is not here for the Leaving Neverland documentary, where Wade Robson and James Safechuck go into great detail about how the late Michael Jackson allegedly sexually abused them when they were young boys.
Tip thinks it’s wrong for the men to come forward now that the King of Pop is no longer with us and unable to defend himself. He name-checked Piers Morgan for airing a 1999 interview he did with Michael during Good Morning Britain on March 5.

In it, the singer vigorously defended himself against abuse allegations and can be heard saying “I would slit my wrists before I would [ever harm children]. I could never-ever.” He added, “If it wasn’t for children I would throw in the towel. I would kill myself, I wouldn’t care to live.” 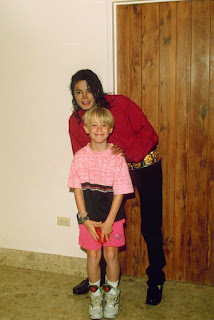 “Piers Morgan a real one for this. Let this man speak for himself to defend his legacy. Don’t just listen to one side and expect to find truth. Oh that’s right…Dead men can’t speak. So what was the point again? Destroy another strong black historical LEGEND?!?! It’s several examples of pedophilia in American History,” he began the caption of a March 6 Instagram post featuring and audio clip from Piers’ interview with Michael’s own words professing how much he loves children and would never do anything to hurt them, writes Hollywoodlife.
“If y’all pulling up all our old sh*t…we gotta examine ELVIS PRESLEY, HUGH HEFNER, and a whole slew of others guilty of the same if not more!!! BUT WHY US all the time? There’s an agenda to destroy OUR CULTURE. #KingsThoughts.” Elvis met future wife Priscilla in 1959 when she was 14-years-old, though they would not see each other again until three years later. They eventually married in 1967. 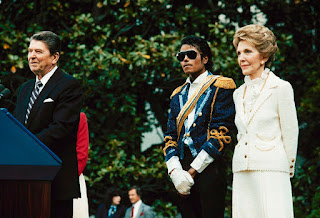 Tip was also upset that because Michael loved to be around kids so much, some people assumed he was an alleged pedophile. He tweeted to Piers, Good Morning Britain and a MJ fan account that promotes the hashtag “#MJINNOCENT” “People always say ‘why did he spend so much time with children’ as though the idea that he didn’t want to have sex is incomprehensible. It’s such a slap in the face to the countless men who work with or for children and child welfare with their well-being at heart.”
Piers for his part did a scathing interview with Leaving Neverland‘s director Dan Reed on GMB on March 6, where he picked apart why the two men came forward with their accusations so long after Michael’s 2009 death.
He eventually tweeted, “Well, that was possibly the most extraordinary interview I have ever been involved in” and added “I don’t know the truth about Michael Jackson but I do know there are 100s of millions of dollars at stake from these allegations – for both the accusers and the Jackson estate. That always clouds things.”