Home Interviews music R.Kelly Insists His Girlfriends’ Parents ‘Sold Them To Me’ as he Sheds tears during the Explosive interview with Gayle King- Watch here.

R.Kelly Insists His Girlfriends’ Parents ‘Sold Them To Me’ as he Sheds tears during the Explosive interview with Gayle King- Watch here. 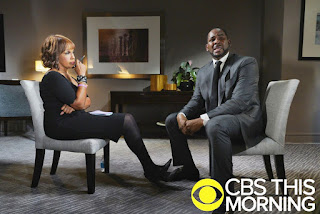 It might be the most outlandish claim in his entire interview: R. Kelly accused the parents of two of his girlfriends of ‘selling’ them to him, and said they only complained when they stopped ‘getting money from me.’


“I didn’t go looking for Joycelyn Savage. I was doing my show. [Her father] brought her, and asked a friend of mine, to put her on the stage with R. Kelly,” R. Kelly, 52, said to Gayle King during their interview, airing March 6 on CBS This Morning. Jocelyn – now 23 – has been living with Kelly since she was 19 in his Chicago home, along with 21-year-old Azriel Clary, According to HollywoodLife.
A 17-year-old Azriel met Kelly in 2015 at one of his shows, and her parents said they hoped he would take her under his wing as a protégé. Instead, he’s taken flak for dating her, though he claims her parents “sold” her to him.
“What kind of father, what kind of mother, would sell their daughter to a man,” 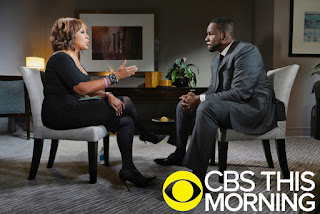 R. Kelly asked Gayle. “How come it was okay for me to see them until they wasn’t getting no money from me. Why would you take your daughter – If I were going to take my daughter, and she’s 19-years-old to a 49-year-old…R.Kelly concert, whoever it is, I’m not going to put her on the stage and leave her. I’m going to take her to the concert. Their [fathers] was more into my music and know about my music then they do.”

“He is saying the parents are in it for the money,” Gayle clarified during CBS This Morning. “He is saying both sets of parents brought their daughters to him in hopes that they would work together, and the parents could do a deal with them, maybe the daughters could work.” Upon these accusations, the Clary family – through their attorney, Michael Avvenatti – issued a statement. “We have never received a penny from R. Kelly. We have never asked R. Kelly for money. And we never “sold” our daughter to him or anyone else.”

In addition to accusing these women’s parents of “selling” them to him, R. Kelly also vehemently denied the allegations of sexual abuse. He was indicted in Chicago on 10 charges of felony aggravated sexual abuse on Feb. 22. He turned himself in and pleaded not guilty. “This is not me. I’m fighting for my f—ing life,” he ranted.