Simi to release third music album on her birthday. 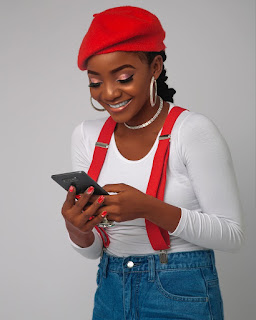 X3M Music act, Simi has revealed she will be releasing her third studio album titled “Omo Charlie Champagne” on the 19th of April.


More cheering is the fact same day is her birthday, as such; it will be a double-double blessings for the star girl.
Sharing the news on her IG, she wrote: “On the day that I was born, my next album will be born.”

Meanwhile, “Omo Charlie Champagne” will be the singer’s third studio album after Ogaju and Simisola, not forgetting her collaborative EP with Falz in 2016.