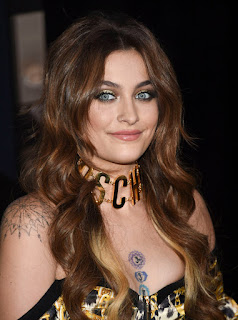 Paris Jackson’s has steadfastly denied that her recent hospitalization was the result of a suicide attempt. Now pals claim the cut on her arm that resulted in a 911 call was the result of partying a little too hard.


Fans of Paris Jackson were alarmed when she was hospitalized on March 16 after what was reported to be a suicide attempt. The 21-year-old beauty firmly denied that she tried take her own life once she was back home and now it’s being reported that she accidentally cut herself while party a little too hard.
“It turned into a pretty crazy night and she had been acting a little out of control. But she says she accidentally cut her arm with kitchen scissors and it wasn’t a suicide attempt …Paris was partying really hard that night – but that’s nothing unusual for her,” a source claims.
“Her friends tried to help but they couldn’t stop the blood so they called 911. At the hospital she continued acting wildly and the doctors wanted to keep her in for observation for at least three days.
Her people intervened and promised to get her into rehab instead so she was released. But Paris believes she is fine – and doesn’t think she needs rehab and now [that] she’s 21 it’s her decision whether to go or not,” the insider continues. 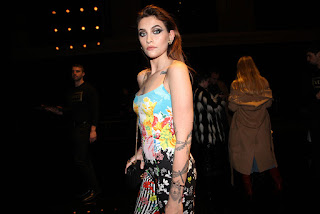 Following her hospitalization, Paris denied that she tried to commit suicide, tweeting “f*** you you f****** liars,” towards TMZ in a response to their Twitter post linking to their story about the incident. The outlet reported that she allegedly tried to kill herself by cutting her wrists following backlash over the controversial documentary about her late father Michael Jackson, Leaving Neverland.
Paris’ unconventional upbringing led to confusion about the situation with her scissors accident, the source says. “The problem with Paris is that the way she has been brought up makes her very mysterious even to close friends who speak to her every day. She lives by this mantra that her dad told her which is ‘truth is fantasy and fantasy is truth.’ Michael always told her to keep things private and keep people guessing,” the insider explains, according to Hollywoodlife.
‘So she has intentionally not been clear about what happened on the night. ‘But nobody in her inner circle is worried that she is suicidal – they all think this is typical Paris just partying a little too hard. ‘They were concerned when they saw the blood everywhere because she has had issues in the past but they now believe her that it wasn’t a suicide attempt,” the source reveals.
“Some of her friends would like to see her go to rehab because they think the whole incident was a cry for help and they just want her to get any help she might need. But they are confident that she’ll be okay,” the source added.