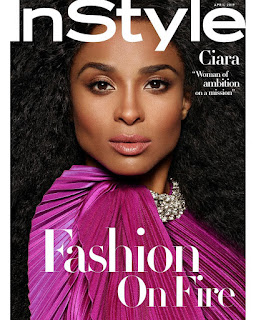 Ciara covers the April 2019 issue of InStyle magazine Tagged “Woman of ambition on a mission”, were she talks about her family, staying celibate before her marriage to Russell Wilson, her music and the viral #LevelUpChallenge.


It’s a sun-drenched afternoon high in the lush hills of San Diego, where Ciara Princess Harris, the R&B queen who launched her career nearly two decades ago, calls home.
Much has changed in the music industry and the world at large, since I last interviewed her in the mid-aughts. Twitter had just been born, YouTube and Facebook were toddlers, and Instagram wasn’t even in utero. 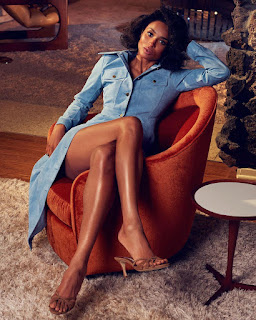 The word “viral” still had a negative connotation, It girls favored Juicy Couture velour sweat suits, Motorola Razr phones were de rigueur, and crunk music hip-hop’s bass-heavy Southern cousin — was king. Ciara had already cemented her place as a pop-culture phenom thanks to platinum-record sales and her signature choreography that was equal parts studio and street.

Fast-forward to the beginning of 2018, however, and Ciara was experiencing a career lull and a rare moment of self-doubt. Before releasing her infectious, chart-topping ode to self-actualization, “Level Up,” last July, she hadn’t delivered any original material in three years — an eternity in the business. “I would be lying to you if I said I didn’t wonder what the fans would think, being that I hadn’t released new music in a while,” she says. 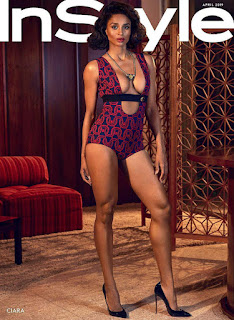 On her “Level Up” video going viral and generating more than 151 million views on YouTube: “I was told that it wasn’t going to be very successful, that people wouldn’t believe in it. I put it out, and as soon as I opened my eyes the next morning, people were re-creating the video,” she says. “I get goose bumps just thinking about it.”

Read the full interview on www.instyle.com