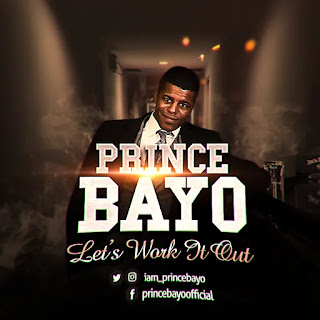 PRINCE ADEBAYO is a multi-talented British born/Nigerian producer/musician whose style of music can best be described as a fusion of REGGAE MUSIC & POP MUSIC.


His musical influencers include Wayne Wonder, Bitty McLean,Movado & Bruno Mars and is set to storm Africa with his smooth, mature eclectic sound. Check out the audio/lyrics video to his hit Single LETS WORK IT OUT.