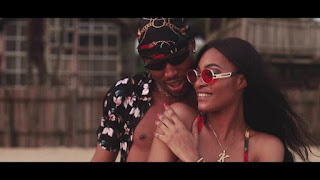 After the successful release of “SADE” which is love song which created a lot of buzz on social media and the air waves by the dynamic mastermind 2kay, the music act now comes through with a video to it.


Though the official video is underway. SADE visual was directed by ENENEHI JONAH films and audio produced by Xtofar.
Watch here- https://youtu.be/Y4lW86uG6tY