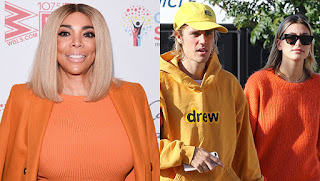 
Wendy addressed the ongoing concern by fans about Bieber’s mental health during her show on March 15, after multiple reports have claimed that the singer and model are having a rough time as he deals with depression. In the end, Wendy suggested that Hailey should divorce Justin out of love and care; for fear that his mental health struggles could negatively affect their marriage.
“Hailey Baldwin is only 22, she’s supposed to be a newlywed,” Wendy said of the model, insinuating that she’s too young to be dealing with the magnitude of issues she’s facing as Bieber’s wife. “I think I’d want to divorce him in the name of love. In the name of love and friendship. I’m 22, I met you when I was 17… 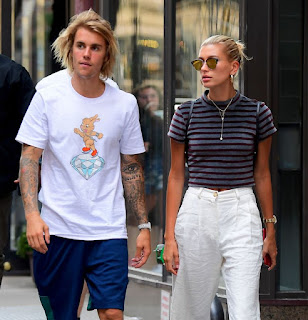 Now, he’s with these public cries and what if they want to have kids? Is he going to be an adequate father? What kind of father and husband is he going to be? It’s all too much for a 22-year-old. They can quickly get divorced. In the name of love, not mean. Good luck you kids,” she continued.


Continuing, she said:  “I like the kind of guy he’s become,” Wendy said, referencing Bieber’s love for his faith and how far he’s come since his controversial past. The talk show host hashed up the now infamous story when Bieber peed in a bucket in the street in 2013 — a time when he had a negative bout in the media. “It’s happened really fast, but he’s been famous since he’s a kid. Bieber’s seen a lot, he’s done some horrific things.”
Wendy went on to explain how Bieber’s experience with fame differs from his wife’s. “I think Hailey’s roots go deeper in fame than Justin’s,” she suggested. “He is the only famous person in his family, and all of the Baldwin’s are famous… For Justin, I don’t think he’s really wrapped his head around how famous he is. It’s a weird position to be in,” reports Hollywoodlife. 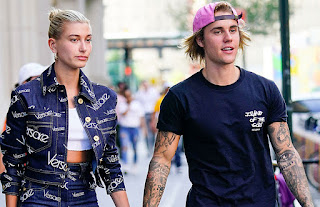 Bieber opened up about his struggles with mental health in a candid post on Instagram, March 10. In a photo, which featured him praying with manager Scooter Braun and Kanye West, Bieber admitted that he’s “been struggling a lot.”
Bieber also revealed that he used to abuse Xanax, an anti-anxiety drug.   “I found myself doing things that I was so ashamed of, being super-promiscuous and stuff, and I think I used Xanax because I was so ashamed,” Bieber recalled.
“My mom always said to treat women with respect. For me that was always in my head while I was doing it, so I could never enjoy it. Drugs put a screen between me and what I was doing. It got pretty dark. I think there were times when my security was coming in late at night to check my pulse and see if I was still breathing.”