Home Interviews music News/Gist Diddy reveals how his Twins are ‘Teaching Him’ How to cope with Kim Porter’s Death as they cover ‘Essence’ Magazine May issue.

Diddy reveals how his Twins are ‘Teaching Him’ How to cope with Kim Porter’s Death as they cover ‘Essence’ Magazine May issue. 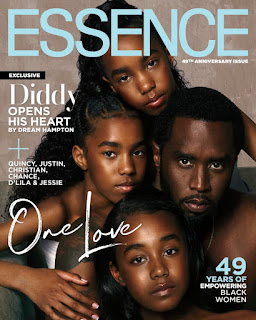 Diddy is leaning on the twin daughters he shared with Kim Porter after her death, and admits they’ve been beyond ‘strong’ amidst the tragic ordeal, despite only being 12 years old.


Diddy covers the May issue of Essence magazine with his six children, including the son, Christian, and twin daughters, D’Lila and Jessie, who he shared with the late Kim Porter. The girls were just 11 years old when Kim passed away from pneumonia in November 2018, but they’ve been Diddy’s rock as he’s mourned her loss over the last five months.

“One day I asked them how are they being so strong,” he told the magazine. “They said that, in a weird way, their mother had taught them how to deal with death. About six years ago, Kim’s mother was diagnosed with stage 4 cancer and we moved her to L.A. She passed away about a year and a half later, so the girls saw their mother deal with losing her mother. Now, ironically, they are teaching me how to deal with Kim’s passing.”

Although Diddy and Kim were no longer together at the time of her death — they broke up in 2007 — they remained close friends and co-parents, and after Kim passed away, Diddy expressed regret over never marrying her when he had the chance. However, their relationship did not come without some hardships, according to Hollywoodlife. 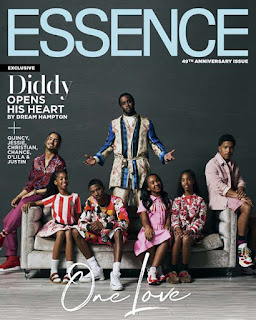 Just months before Kim got pregnant with the twins, Diddy got another woman, Sarah Chapman, pregnant. Their daughter, Chance, was born five months before D’Lila and Jessie, but Kim found out about the baby from a friend…not Diddy. In fact, he didn’t come clean about Chance until after the twins were born.
Still, they were able to put all the drama behind them, and Diddy also stayed amicable with Sarah, as well as the mother of his first child, Justin, Misa Hylton-Brim. “Kim was about love and all off that care she gave to us every day, we just came together,” he explained. “It really made me proud that even thought I didn’t get married, Kim and I, along with the other mothers of my children, raised a great family. We have a great family. 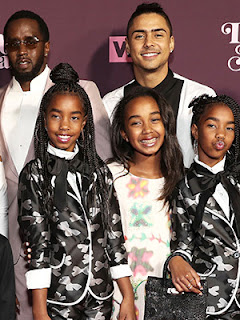 The way we’re handling it is together. From Sara to Misa to all of Kim’s friends, the grandparents — it takes a village. We’re doing really well because her passing has changed us and made us love each other more. I’m happy to say that, because at first, I really didn’t know how we’d be doing.
But God is the greatest. And it’s because of Kim we’re doing this well, because of the way she loved us. We wouldn’t be able to love any other way. Her spirit wouldn’t let us.”
As we previously reported, Diddy also told the magazine that Kim begged him to “take care of [her] babies” before she died. She also had a son, Quincy, from a previous relationship, who Diddy adopted when they were together.