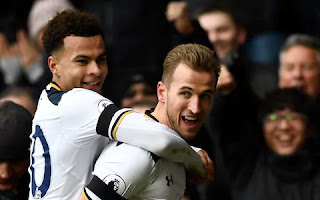 Tottenham have confirmed England captain Harry Kane has sustained a "significant lateral ligament injury to his left ankle," and Kane's injury could rule him out for the rest of the 2018-19 season.


The 25-year-old striker suffered the injury in the 1-0 win over Manchester City in the Champions League quarter-final first leg on Tuesday.
Also, the club said England midfielder Dele Alli, 23, fractured his left hand during the same match, and that he will be assessed before Saturday's home Premier League match against Huddersfield Town.
According to Spurs manager: “It's a worry for us. We are going to miss him - maybe for the rest of the season. We hope it is not a big issue but there is not too much time to recover."