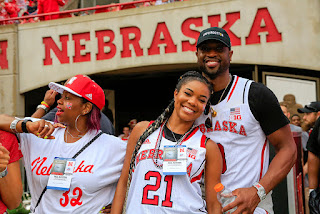 NBA star Dwyane Wade, 37, who plays for the Miami Heat, recently announced that he’s retiring from the sport at the end of the 2018-19 season, and he’s getting ready to take some big steps to help him embrace his new life, including spending more time in Los Angeles and going to therapy.


In a recent interview on the ESPN show, The Jump, but we obtained ours from Hollywoodlife, Dwyane and wife, Gabrielle Union, 46, opened up about the upcoming new chapter in their lives, and how they’re feeling about it all.

“We’re moving, well not moving, but we’re going to spend more time in L.A. and there’s a few things that I’ve had to make an adjustment to that she’s not used to,” Dwyane said, referring to Gabrielle, in the interview. “I like new sheets on my bed every day and fresh towels.”


“You don’t need it every day,” Gabrielle responded. “We’re on the black actress salary in L.A. and now that the athlete salary will be joining me in L.A. in more of a full time basis, some of those things I don’t think are necessary every day.” 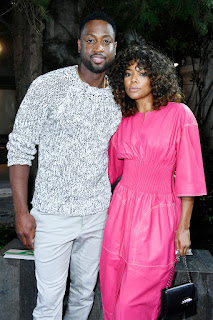 In addition to the change of environment and learning how to make adjustments, Dwyane revealed he’s going to start therapy sessions to help him better adapt to a life without playing basketball all the time.

“I’ll be in therapy,” he said.
“I already told my wife, we need to do it a little bit. I was always against it, someone who doesn’t know me, telling me how to live my life and giving me instructions. I need somebody to talk to about it because it’s a big change and I have a long life to live and there’s other great things I can accomplish.

I have no idea what it is yet that I want to do. But, I want to do a little bit of everything. I want to see what I can be great at. I’m so used to being great at something.”


Gabrielle is glad Dwyane’s willing to take this step. “I’ve been going many years and he’s like, ‘Good luck with that’ and I’m like, ‘Come! Come!’ so for him to finally come around to that and see the benefit and actually look forward to it, I think it’s going to do a lot for the mind, body and soul,” she explained.