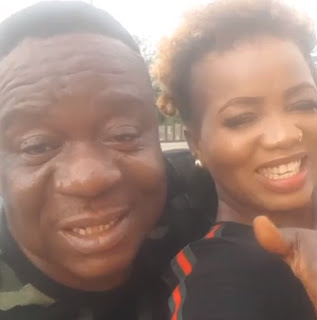 Popular Nollywood comic actor, John Okafor popularly known as Mr Ibu who was earlier reported to have been bedridden for a while because he was battling with stroke.


He has debunked rumors that he is down with stroke through a video in which he shared on social media, appearing along his wife. He said:
''People are saying that I have stroke that I am down with stroke. Why? How can you announce somebody's and you have many and you haven't announced yours? I don't have any stroke please''.