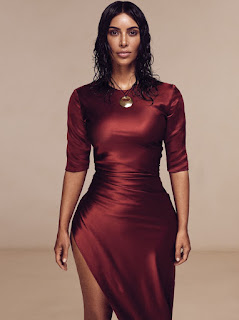 Reality TV and ‘Keeping Up with the Kardashians Star’ star Kim Kardashian West, reveals that she’s studying to become a lawyer and is hoping to take the bar exam  in 2022.


The mother of three made this known while on a session with Jonathan Van Meter for her Vogue Magazine May Cover, revealed that she’s studying to become a lawyer and is hoping to take the bar in 2022.

In her words: “The White House called me to advise to help change the system of clemency… and I’m sitting in the Roosevelt Room with, like, a judge who had sentenced criminals and a lot of really powerful people and I just sat there, like, Oh, shit. I need to know more.

I would say what I had to say, about the human side and why this is so unfair. But I had attorneys with me who could back that up with all the facts of the case.

It’s never one person who gets things done; it’s always a collective of people, and I’ve always known my role, but I just felt like I wanted to be able to fight for people who have paid their dues to society. I just felt like the system could be so different, and I wanted to fight to fix it, and if I knew more, I could do more.”

Kim k had been instrumental in the release of Alice Marie Johnson, a 63-year-old woman who’d been in an Alabama prison on a nonviolent drug charge since 1996. She was released after she visited Donald Trump at the Oval Office to discuss prison reforms.