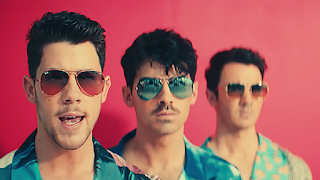 Just four weeks after the Jonas Brothers released their uber catchy track “Sucker,” they followed up with “Cool,” and nailed it again!


The trio, including Nick Jonas, Joe Jonas, and Kevin Jonas, once again proved to be the perfect team.
The music video was shot in South Beach, Miami, and the brothers took advantage of the location to pay tribute to Miami Vice with a lot of colors, blazers and visors.

Video was directed by Anthony Mandler, Produced by Kim Bradshaw.