Serena Williams and daughter speak to Oprah Magazine on ‘parenting’. 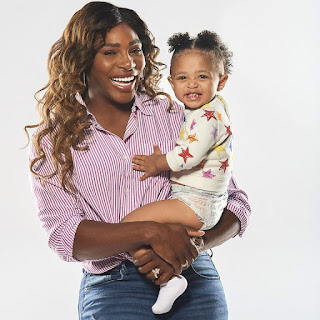 As one of this generation's most dominant athletes, Serena Williams, 37, understands the importance of staying active. In fact, it's essential to her livelihood and career.


But sometimes, when parents let their energetic toddlers play and be their naturally mobile selves, their decisions can be met with criticism—especially parents like Williams, who live in the public eye. But she has no interest in engaging in the toxicity of online parent shaming.
The tennis champ is no stranger to hurtful and unwarranted comments on social media—even something as insignificant as a photo of her then-infant daughter, Alexis Olympia Ohanian Jr., wearing a beaded necklace put her on the receiving end of criticism. 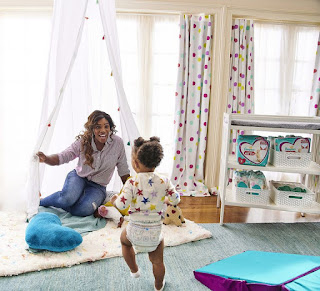 "You never know what people are going through behind closed doors," Williams tells OprahMag.com. "Sometimes when we’re in public or on television, and my daughter is just running around, I have that fear of being judged. But it's my hope that people try to be more positive, because parents are just trying to do the best that they can do."

Now, the 23-time Grand Slam champion is taking strides to reduce the social stigma around parenting and the label "wild child" through a partnership with Pampers. The diaper brand just launched their new product, Pampers Cruisers 360 FIT, and the campaign, #WildChild, to motivate "parents everywhere to unleash their active babies without the fear of judgment."

"My daughter Olympia has always been very active," Williams says. "She skipped crawling and went straight to walking, and I’ve been trying to keep up with her ever since.

I love that Pampers is choosing to celebrate babies on the move, and I’ve decided that instead of worrying about what everyone thinks, I’m going to embrace Olympia’s wild child spirit."